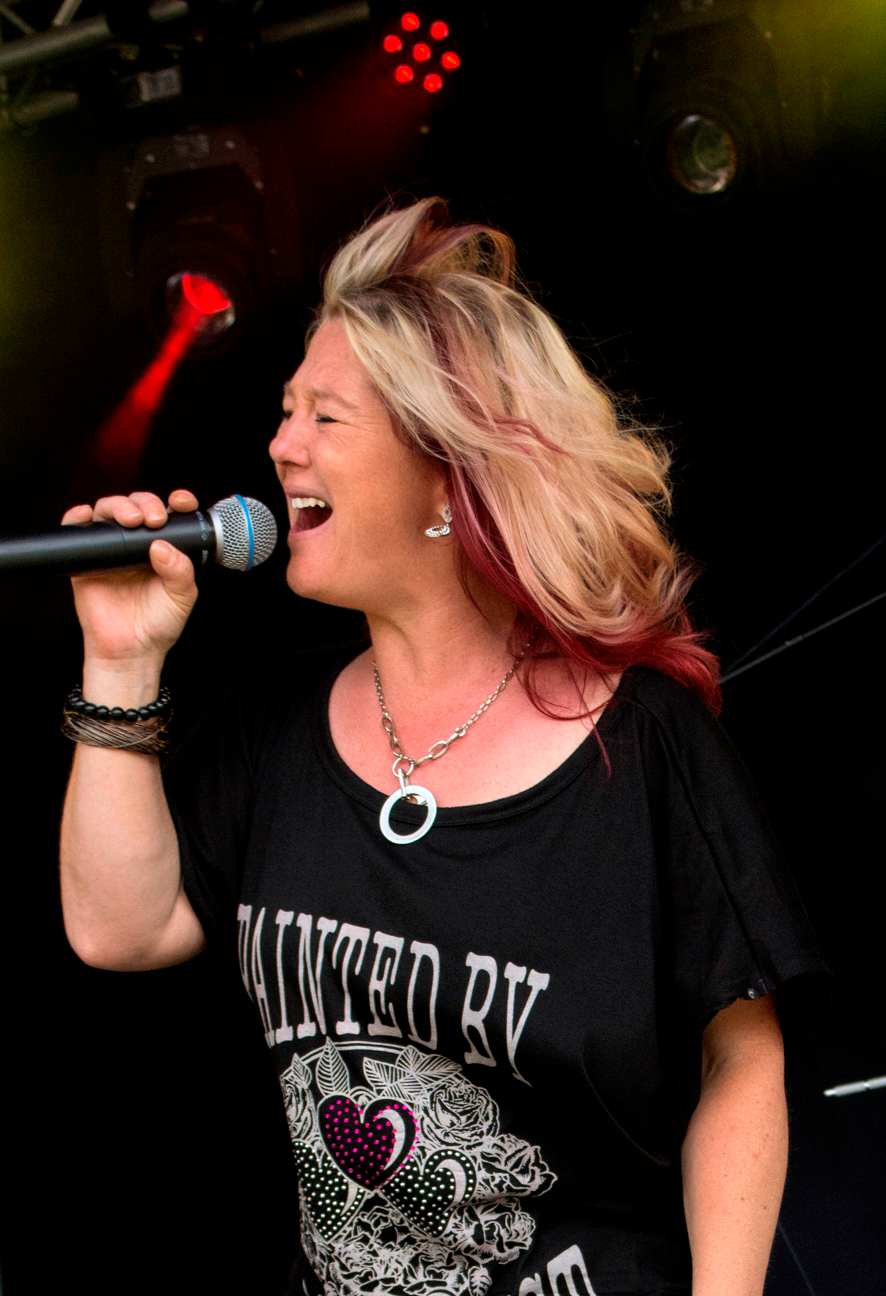 Yes! They call me "The Wild Cat" because I'm out of control. I run, growl, scratch and bite. So keep your gloves on! I'm just messing with you. The truth is, I'm a hard worker. When I want to achieve something, I do it with a lot of enthusiasm and passion! This quality of mine has already brought me so much joy on stage.

I was 27 years old when I first began performing. I've been on stages all over Belgium. Mostly at Country events, but also at bars, markets and festivals. Very soon I added Rock 'n' Roll and Rock to my existing playlist. I wrote some songs and published two singles so far.

After 15 years of performing I decided that it was time for something else. The Carol Lyne Band was born. 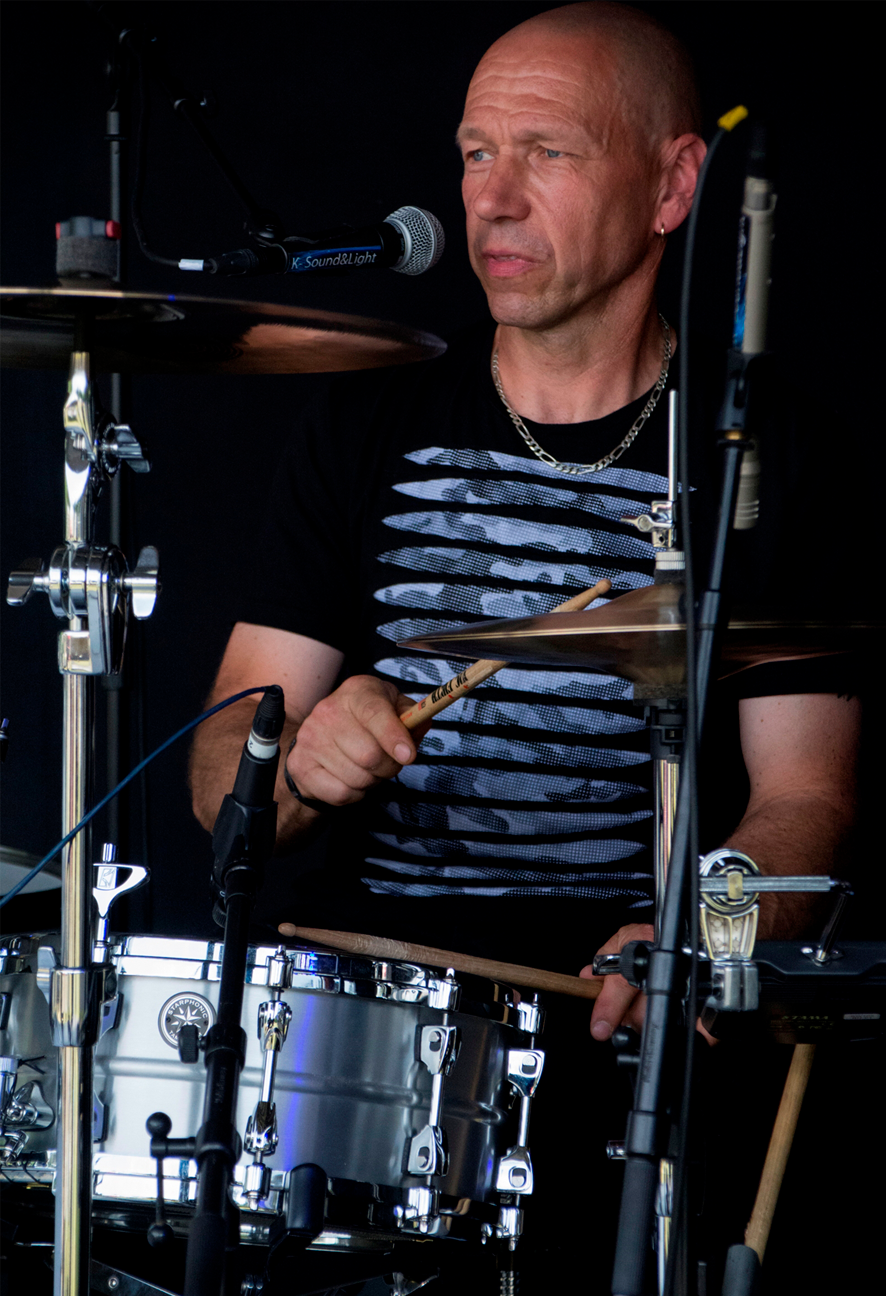 Drums: Arno as "The Hammer"

It all began really early. I think I was just able to walk when I used my parent's kitchen tools to beat the hell out of everything. After a long time of destroying the kitchen tools and buckets my parents decided it was enough. No need to explain where my nickname came from. The word "Hammer" says it all!

I started playing the drums when I was 14 years old. My parents finally bought me my first drumkit and I had some private lessons by Piërre Mous, a famous drummer, for several years.

A few years later, at the age of 17, I played the drums for "Part-Time", a band that was founded by my friends from school. We made music together for 10 whole years. After "Part-Time" I also played in other bands such as "X-Cept" and "The Boar's Head House Band". But I was also available for any other band that needed a drummer.

Now I found myself a nice band with very entertaining and talented musicians. 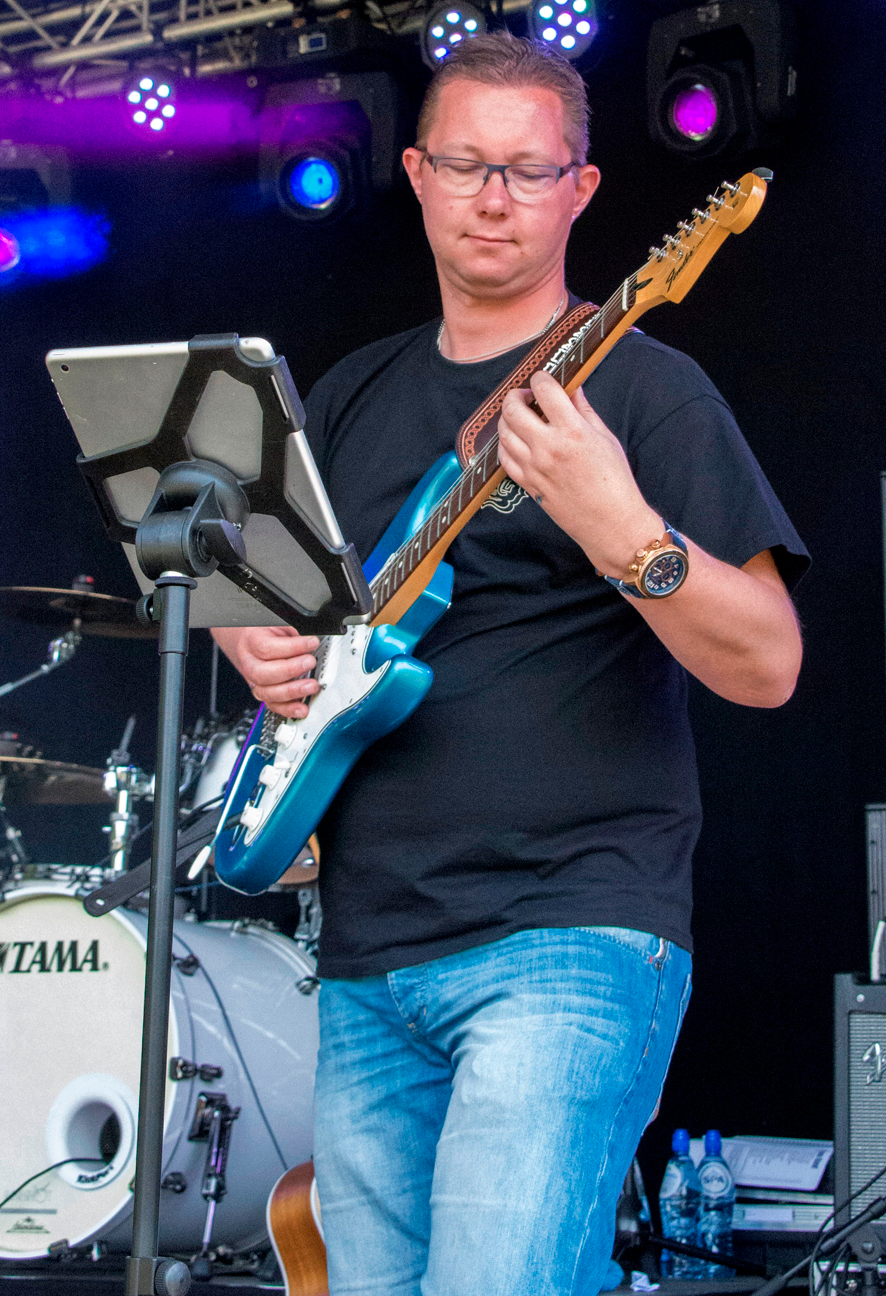 Rythm Guitar: Jurgen as "The WizKid"

The first time I was introduced to the guitar was in primary school. There I learned to make music during the afternoon breaks. In the following years I had lessons on the clasical guitar and modern guitar (light music), both acoustic and electric. In high school I played in several school bands in which I've experienced a lot of cool things like playing as a support act for "Normaal", a Dutch folk band, during their H.A.L.V.U. tour.

Of course, after I graduated I continued playing in different bands. This musical journey took me along bands like: Need, Red Label, Unit Five and In Persuit. Now I'm playing the rythm guitar for "The Carol Lyne Band".

Because I work in the IT-industry, I quickly got the nickname "The WizKid". Over the years I've extended this nickname into my music and performing life. My instruments hold secrets for me no more!

Thanks to my passion for making music and entertainment "The Carol lyne Band" came along. We bring a surprising mix of "All Kinds of Rock". I am inviting you all to experience our music one day!